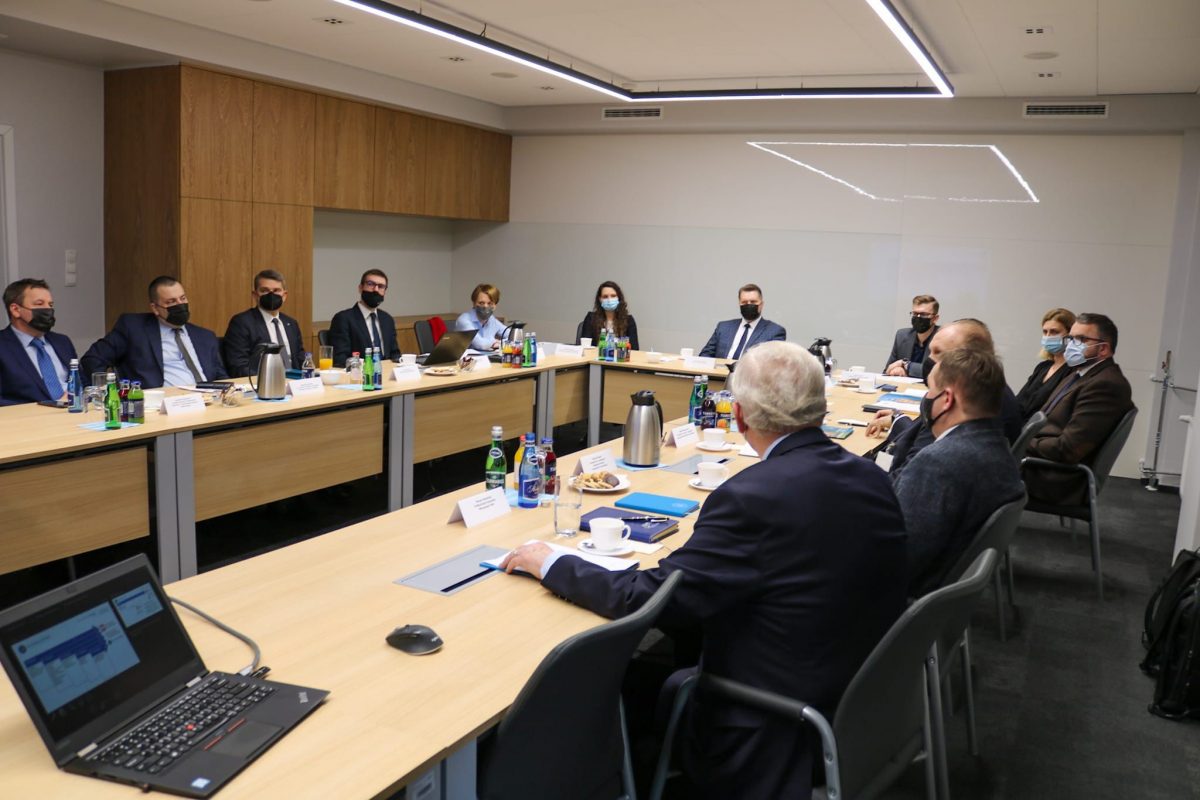 Plans for the establishment of the National Centre for Artificial Intelligence and Cybersecurity were discussed during a meeting at the Ministry of Education and Science on 19th January, 2022. The event was attended by Dr Jarosław Protasiewicz, Head of the National Information Processing Institute (OPI PIB). The aim of the centre is to advance the potential of the Polish academic community and other public institutions in artificial intelligence and cybersecurity. Its concept was presented by Prof Teofil Jesionowski, Rector of the Poznan University of Technology.

The invitees discussed the benefits of the National Centre for Artificial Intelligence and Cybersecurity, including the development of unique infrastructure for artificial intelligence, cybersecurity, and related areas. This would position Poland as the leader in Central and Eastern Europe; one that could influence other European regions, including members of the Three Seas initiative and the Balkans. The centre represents an opportunity to improve the competitiveness of the Polish science sector internationally, and to promote and develop artificial intelligence in medicine, security, engineering, economic analytics, industry, trade, and services.

The attendees deliberated on the improvement of Poland’s cybersecurity, focusing in particular on the security of data transmission, processing and storage, e-identity, and applications in the service of society. The attendees also examined the use of artificial intelligence in metrology. The centre’s activities in this field would complement those of the Polish Metrology Union.

Other attendees included: Przemysław Czarnek, Minister of Education and Science; MP Jadwiga Emilewicz; Prof Jacek Semaniak, President of the Central Office of Measures (GUM); Prof Roman Słowiński, Vice-President of the Polish Academy of Sciences; Justyna Orłowska, Plenipotentiary of the Minister of Education and Science for Digital Transformation and the Prime Minister’s High Representative for GovTech; Andrzej Kurkiewicz, acting Director of the Digital Technology Section at the Central Office of Measures; Prof Michał Wieczorowski, Vice-Rector for Development and Cooperation with Business and Industry, Poznan University of Technology; and Dr Paweł Śniatała, Vice-Rector for International Relations, Poznan University of Technology.

More working meetings on the establishment of the National Centre for Artificial Intelligence and Cybersecurity will be held in the coming weeks.