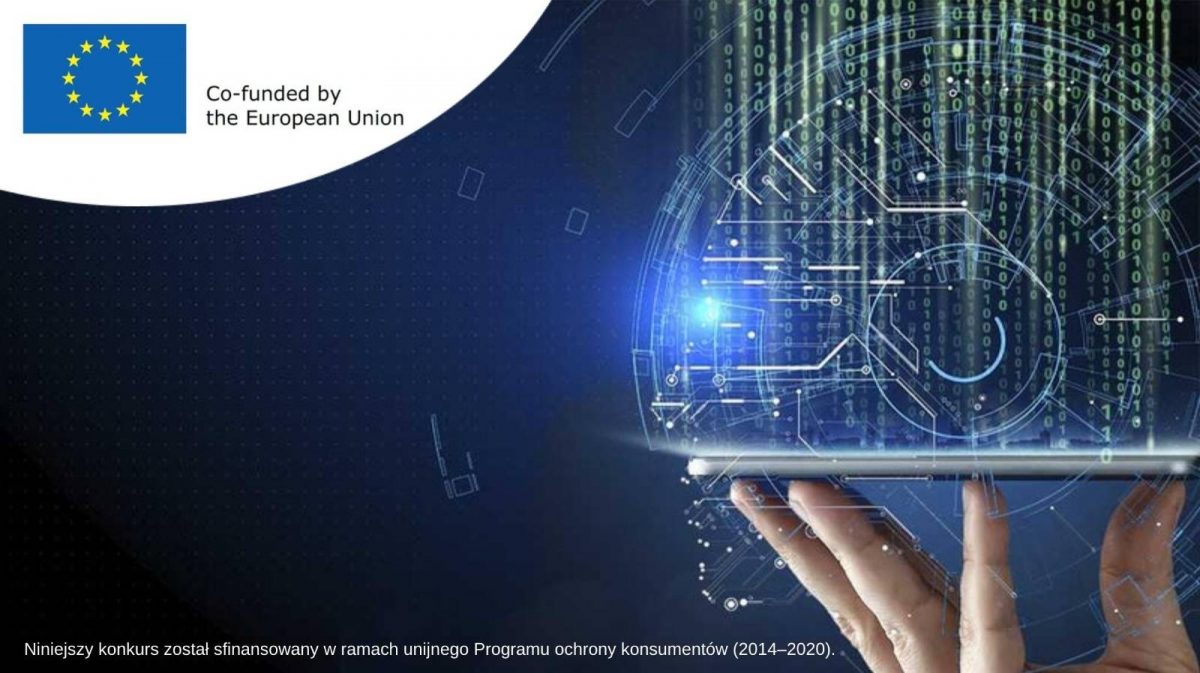 The National Information Processing Institute (OPI PIB) has claimed first prize at a competition for the development and implementation of a tool that easily and rapidly detects illegal clauses in agreements. The OPI PIB application will rely on artificial intelligence (AI), which can quickly and efficiently scan template agreements available on the internet or submitted by consumers to the Polish Office of Competition and Consumer Protection (UOKiK). This will enable experts to react quickly to any inconsistencies found in such documents. The competition comprised two rounds: the first involved the selection of the top five projects and the distribution of cash prizes to their creators; in the second, first prize was awarded to the tool presented by OPI PIB, which, following negotiation of an agreement, will receive a budget for its development and implementation. UOKiK organised the competition as part of the Artificial Intelligence for Consumer Protection Empowerment project, which is co-funded by the European Union.

In the runup to Christmas, we spend more time and money than usual on goods and services. Some of us take out loans to cover these expenses. It is crucial that we read all agreements and regulations thoroughly before signing them, as some might contain unlawful clauses. OPI PIB intends to launch a useful tool to help identify illegal provisions. The solution will assist UOKiK employees in scanning agreements even before they are reported by consumers. We hope that it serves to curb the number of agreements containing unlawful clauses that breach consumer rights.

‘We are honoured that our project has won the UOKiK competition. The problem of illegal provisions is an important one that must be addressed urgently. We all buy goods and services, but we seldom have enough time to read all of the agreements thoroughly. Now artificial intelligence is coming to our rescue. Our tool will enable UOKiK employees to check the provisions of any agreement instantaneously—even before consumers complain,‘ said Dr Jarosław Protasiewicz, Head of the National Information Processing Institute. ‘Our institute uses artificial intelligence to identify plagiarism, help with the diagnosis of prostate cancer, and analyse emotions on the basis of text; I am glad that our experts will now also be implementing a tool that supports safe and responsible shopping,‘ added Dr Protasiewicz.

The tool is due to be commissioned in 2022. Its development will be financed as part of the UOKiK project, Development of AI-based software for text analysis of template agreements used in consumer transactions to detect illegal clauses in B2C template agreements. The competition was organised as part of the  Artificial Intelligence for Consumer Protection Empowerment project, which is co-funded by the European Union. The goal of the UOKiK initiative is to create an AI tool that significantly improves efficiency in the detection of breaches of consumer law. The project addresses the need to accelerate the analysis process that incorporates the large amount of data processed by UOKiK, and to automate all actions that can be performed using AI. The tool will facilitate the verification of agreements, while allowing UOKiK employees to make final decisions on ex officio intervention.